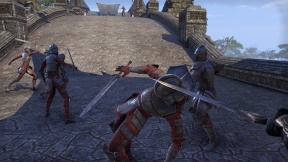 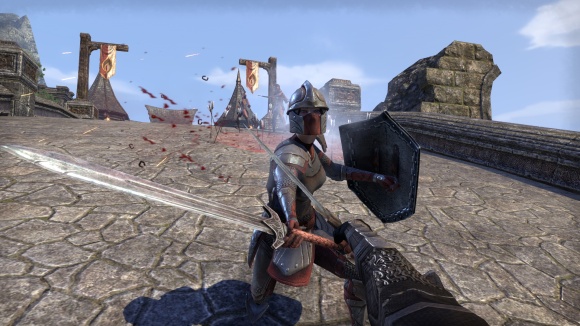 Soldiers by their very natures are as stoic as cattle stood in the rain.  So what we must ask of these Knights today is to go against their nature and disobey direct orders from their officers.  To follow their heads instead of their hearts, and to choose their Covenant over their commander.  That some may stubbornly choose to follow orders does not make them my enemy.  I shall harbour no less respect for those who draw swords against us today, as I shall for those who choose to fight with us.

The Khajiit have a proverb they like to call ‘the Baandari Fork’.  It is the story of a Baandari peddler travelling through Nordic lands who comes to a fork in the road.  Both paths of the fork will eventually end in the same destination, but whilst one road leads straight through a military encampment, the other is open and unguarded.  Choosing the encampment would most likely lead to a significant loss of stock and profit to overzealous taxation and bigoted extortion.  Following the unguarded road however would be to risk losing everything to the infamous highway robbers who were known to prowl those roads uncontested.  It is a choice between two very undesirables; a dilemma.

And it is just such a ‘Baandari Fork’ that faces each and every Knight of the Flame this day.  Their choice will be sure to shake the very foundations of Firebrand Keep, and possibly change the future of High Rock and Tamriel forever.