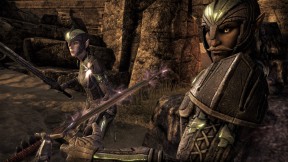 In Hammerfell it is said upon their birth a Yokudan’s first gift is a Book of Circles and a blade with which to practice; whilst a Breton’s is a quill, the Nord a tankard, the Wood Elf a bow, an Orc a hammer, a Khajiit a purse, and an Altmer a garland.  The Ra Gada held little respect for the fighting prowess of other nations, especially Mer. 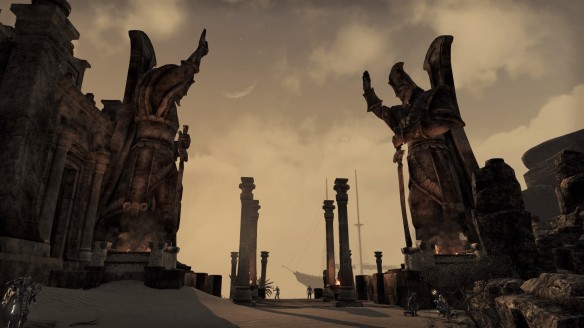 Up through the Ash’abah Pass, Sameer and Haqmir, the princes of the Yath Ra Gada, lead the Yokudan charge against the Altmeri soldiers, cutting ruthlessly through the defensive lines of the Corelanya Clan.  The Ra Gada are determined to drive the elves from their new home in the desert sands. 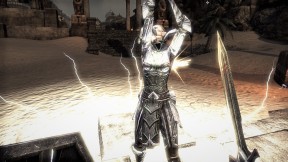 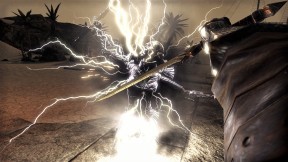 Eventually the Altmeri lines are broke, and on the southern coast of the Alik’r, the brothers come face to face with the Corelanyan’s august leader, Kinlady Iniel.