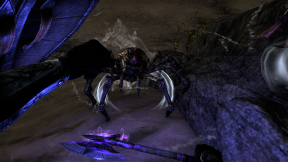 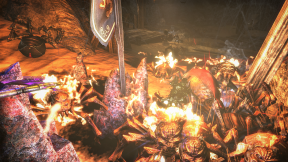 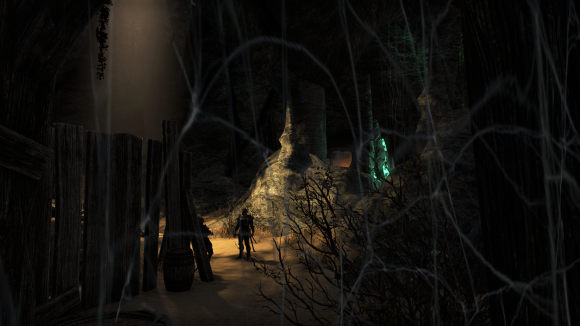 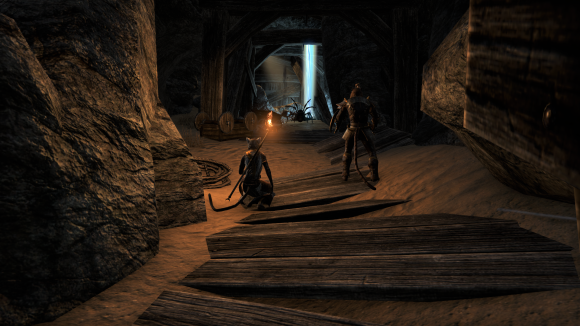 When a mine in the Alik’r stops yielding its precious metals or minerals, it is often just left abandoned and falls into ruin and disrepair to be eventually reclaimed by the sands. However, little of late that is abandoned in Tamriel remains unoccupied for long as I was to discover when I sought refuge from a sandstorm in the old Sandblown Mine on the Southern Tigonus road.

Whilst I was offered only a hostile reception by the band of Khajiit hiding in the barren mines, they themselves were being treated as unwelcome guests by the giant spiders that had already made the dismal shafts and caverns their home long before the Khajiiti bandits arrived.