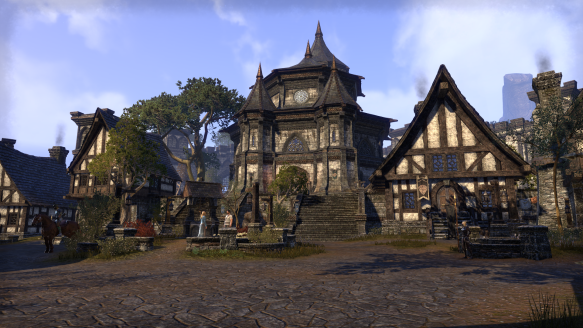 The Breton capital of Bangkorai is a port city standing upon the banks where the Bjoulsae River meets with the Iliac Bay. Founded by river traders after the suppression of the Orcs in the First Era, some scholars have suggested that the city’s original walls may have been built using stone appropriated from the fallen Orc capital, but there is no evidence to support this bruit. If it were true however then the stone served Evermore about as well as it served Orsinium, for some 40 years ago the city was almost destroyed when its walls were breached during the Black Drake’s invasion, before the Order of Saint Pelin eventually took back the city from the Reachmen horde. 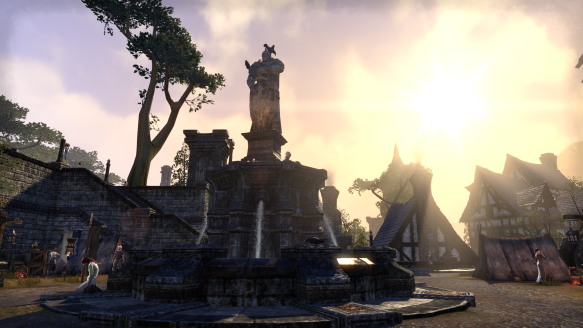 To the West of Evermore’s ‘Armor Gate’ the mighty Bjoulsae Bridge straddles the river and offers the only safe and reliable passage between Bangkorai and Stormhaven. To the North lay the farms of Northglen, to the east run the roads connecting Evermore and her traders to the rest of the region, whilst to the south can be found Bangkorai’s largest cemetery, the Pelin Graveyard. 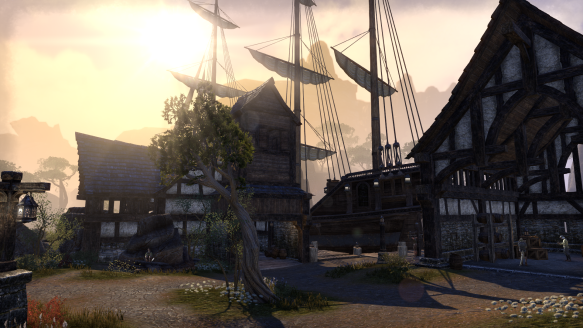 Evermore itself boasts two large markets and a busting harbour. The imposing Castle Evermore where the city’s rulers pass law and statute overlooks one side of the city, whilst the Anchor’s Point Inn where trade deals and agreements are often secured, and where many argue the more important decisions are taken, overlooks the other. 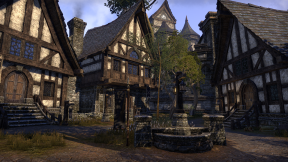 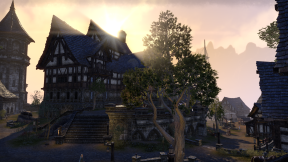 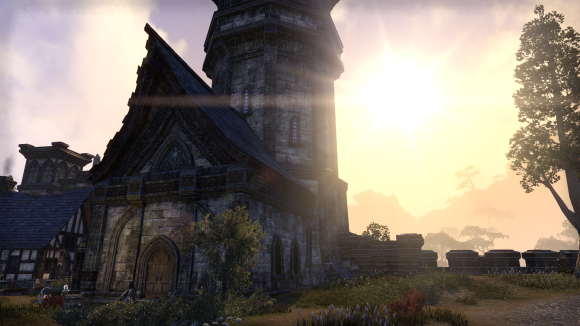 The rather more modest St. Pelin’s chapel sits just north of the town square. Dedicated to the chapel beadle who is said to have leapt from the battlements of the Bangkorai Garrison, sacrificing his body to a horde of vampires to give the Evermore Guard time to regroup and repel the Grey Host of Verkarth. 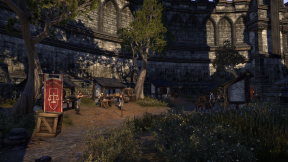 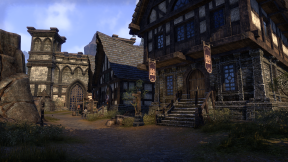 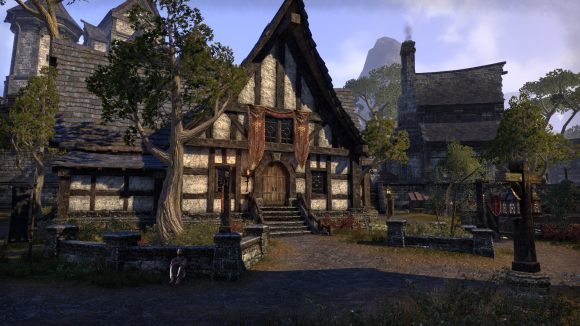 As in keeping with most Covenant cities the Mages and Fighters guilds have been bestowed prominent central locations to work from, whilst whispers in the marketplace suggests an illegal branch of the Thieves Guild are operating from a hidden refuge somewhere beneath the city.

It has taken almost four decades for the Bretons to restore Evermore after its near destruction by the Reachmen, and now the dread shadow of the heirs of the Blake Drake casts a grim dusk across the city once again. With the death of King Eamond, how long can Evermore’s stone walls resist the Reachmen’s claim. 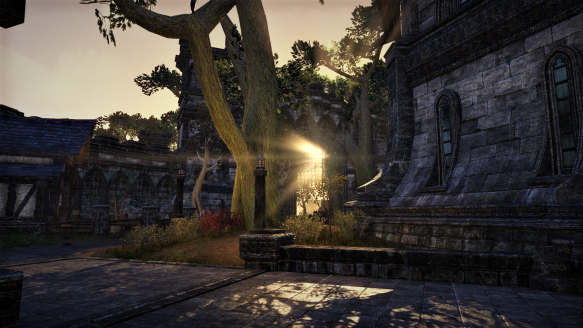