Rather fittingly for the realm of Coldharbour where everything seems either counterfeit or stolen, the Mad Architects proudest creation appears to be but a corrupted imitation. Charmond claims that it is a twisted reproduction of ‘the Great Cathedral in Tamriel’. Every Cyrodillic will tell you that the Grand Cathedral of Akatosh in Kvatch is the most august cathedral in all Tamriel. Whether or not this was Charmond’s reference I did not ask, for I feel it was meant only as another bitter barb from the spirit to his jailer. 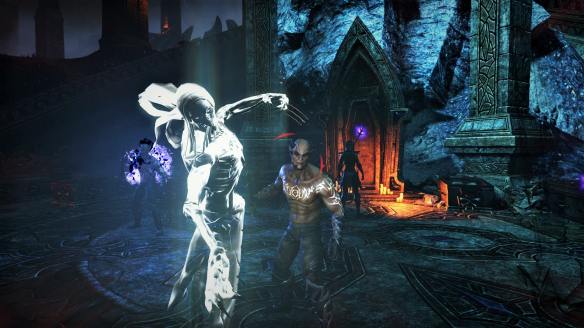 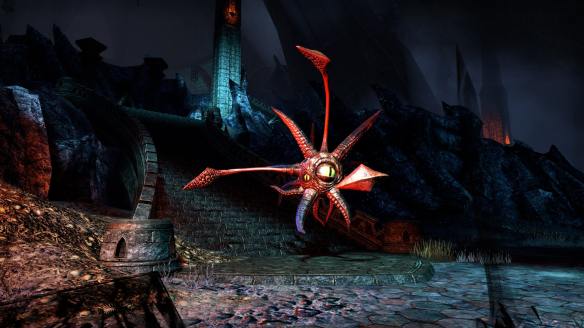 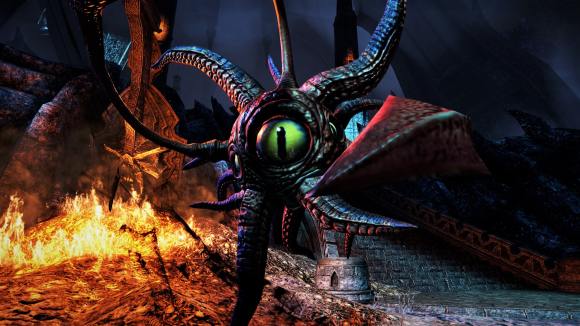 As I climb the stairs I am challenged by many servants of the Architect, from dremora to xivkyn, from shadowy spirits to feral soul-shriven, and even a huge daedric Watcher known as The Ancient One, of whom it is said that the gaze of it’s eyes has created more skulls to fill the columns of the Vaults of Madness then any other.

Yet they are all but fodder for my blade compared to what awaits me at the top of the stairs, Iskra the Omen, a daedric titan. These giant winged creatures are believed to be Molag Bal’s boorish imitations of dragons. Some have even suggested that he actually improved upon the dragon, given that his titans have four limbs in addition to their wings. However, as I have never seen a dragon, and hopefully never shall for they are thought long ago extinct upon Tamriel, I cannot critique his creation.

Certainly this Titan matches the bards songs of the dragons malice. It’s scales are as hard as any shield, it’s teeth are like swords, it’s claws like daggers, it’s tail like a barbed whip, and when it beats it’s wings it is like a hurricane blows. Oh, and did I not mention that the monster also breaths scorching azure flames. 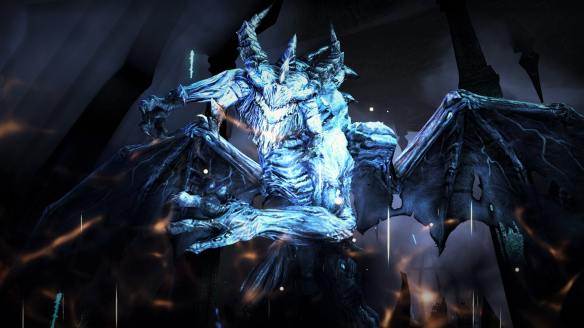