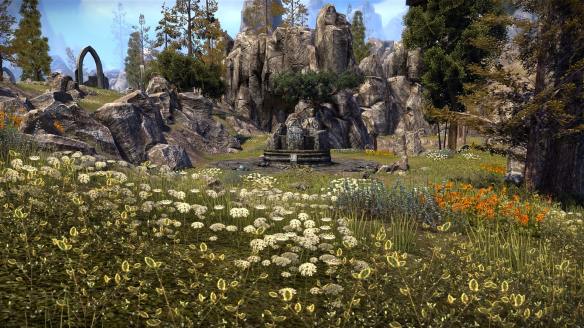 How numb have I now become to the agonies of Tamriel. The more oft I see things around me – even the wicked, vile, and hateful things – the more they have become invisible to me. In the same way that I often used to take for granted the beauty of this world, in these times of strife I have seen the awful so oftentimes, that I see them now less and less.

At the Proving Grounds Dolmen in Craglorn, the corpses of the Mages Guild members who fought so valiantly for our freedom lie abandoned, their sacrifice disregarded and unhonoured, treated with as little lament as the Worm Cultists that rot alongside. These Mages were not the victims of the cultists or their Daedric allies however, but of the very atronachs they summoned to defend against Molag Bals incursion. It seems as soon as the Dark Anchors were defeated, the atronachs of the Celestial Mage turned upon Craglorn and its defenders.

The Celestial Thief wants to discover how and why, and for that we need to find a conjurer named Kelmen Locke, the sole survivor of this most unmerciful betrayal.