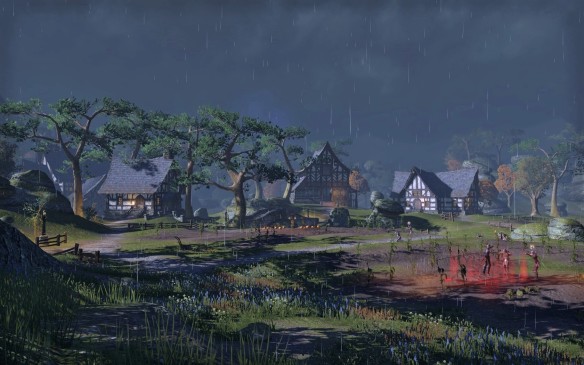 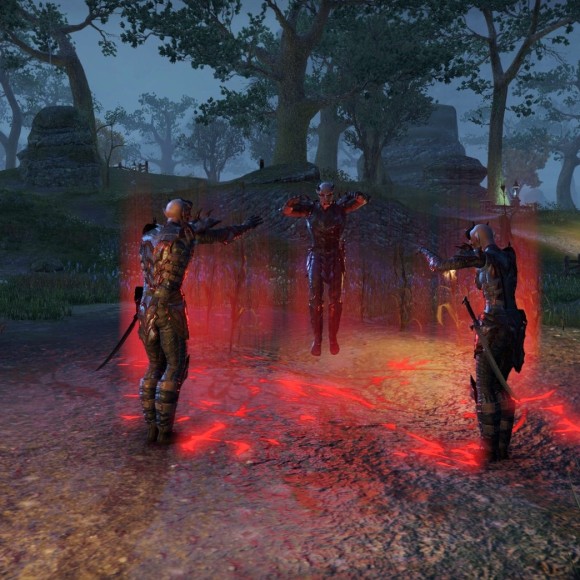 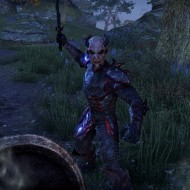 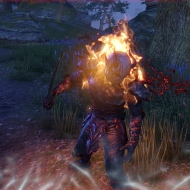 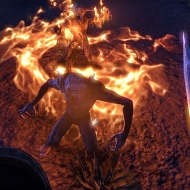 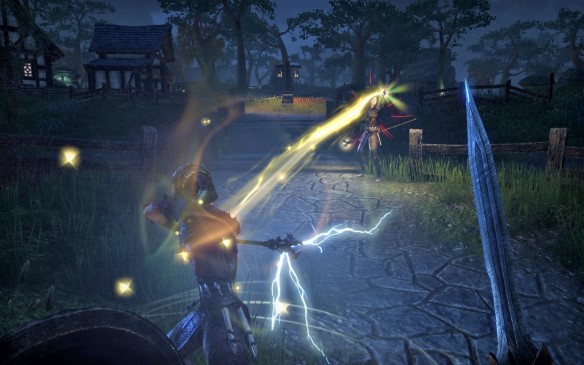 With the lighthouse restored, finally it is time to answer Dame Dabienne’s plea and head north to Alcaire Castle.  That night however I was only to reach as far as the Vanne family Farm, finding it beset by what up until now I had thought to be but vile rumour and bruit.  A betrayal of Tamriel; humans working side by side with Daedra to murder, enslave and work ritual upon their former neighbours, friends and countryman.

I rescue a monk from fetter, a Brother Perry of Pariah Abbey, who informs me that these cultists call themselves the Supernal Dreamers, servants of Vaermina, the Daedric Prince of Nightmares.  The same cult behind the brutal attack on the Lion’s guard caravan, the deluding sickness of Constable Pascal in Keoglin, and now the infestation of much of Northern Stormhaven by this spawn of Oblivion.