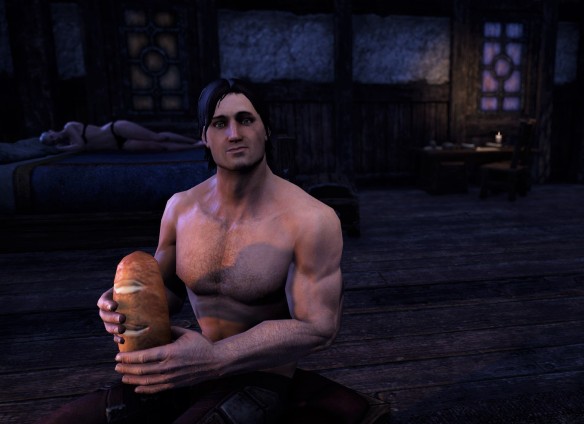 Whilst I spent a cold night scouting behind enemy lines, fighting soldiers both live and undead, crouched in filthy ditch and muddy field, searching in vain for a way into the walled city, Darien Gautier was busy in the Officer’s cabin, carrying out his own reconnaissance… in his own way.

What irks me most is not that I got the Guar’s end of the deal, nor that the Breton proved far more successful in learning of a smugglers tunnel into the heart of the city, what really, really irks me the most… is that smug smile.