At the southern edge of the Pelin Graveyard in Bangkorai where the dead have risen to walk again, I find a large unmarked crypt. Unremarkable on the face of it as many of the crypts and mausoleums around here are left unmarked; only the gravedigger Lort could tell you exactly who was buried where. But as I enter the dank tunnels to investigate I find one big difference from the rest of this cemetery, rising from this crypt are not Breton dead, but Redguard.

I find a letter in the chambers next to the body of a dead Breton knight that calls this place the Crypt of the Exiles. The knight it seems was on a mission to retrieve a priceless artefact for the Redguard royal house that had been stolen by a warrior named Ulbazar. I find the bodies of many such knights littered throughout the crypt, their search it appears proved unsuccessful. 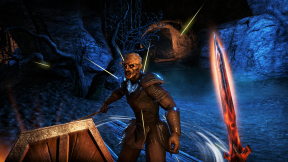 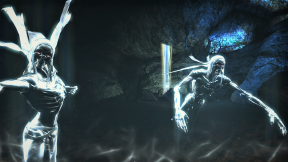 As I explore deeper It is interesting to see that many of the corpses rising have been mummified. Wrapped in fetid bandages, they appear far better preserved then the undead of the Breton’s wandering the graveyard outside. 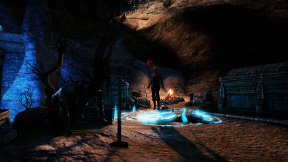 The preservation of the dead is not a practice seen so much outside Hammerfell. It is speculated that in ancient Yokuda mummies were created naturally due to the hot, dry sands of the desert dehydrating their corpses. This led to the desert tribes routinely trying to preserve the bodies of those considered noble or heroic. Now it seems it is common practise. 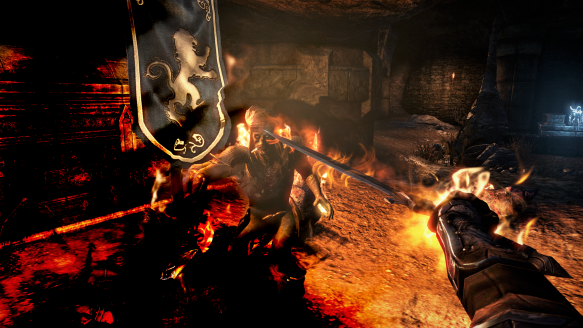 Strange for a people who treat their dead with such reverence, that they would not be more attentive to the very real dangers of necromancy. There are no Ansei Wards to protect the remains of those passing to the Far Shores this far from the sands of the Alik’r.