The Far Shores, the utopia of the Redguard warrior cast. An afterlife of eternal martial trial, challenge, and competition. An Aetherial mirror of their desert homeland that is the aspiration of every Redguard warrior, hero, and champion. Yet one wonders about the common folk, the everyday people without whom these heroes could not shine. From the blacksmiths that forge their weapons, to the armourers and cobblers. From the chefs that cook their food, to the innkeepers and maids. From the the stable masters that train their steeds, to the bankers, and merchants. From the magistrates that uphold the laws, to the diplomats, and the city guard. Where do these unsung of heroes of Redguard society go when they die?

Makes you question the motives of these ‘noble’ Redguard champions, what they truly fight for, and indeed what, or who, would they sacrifice to earn their place in this paradise? But these are questions for another time, for as I approach the pedestal upon which High King Emeric’s soul is still bound by ethereal chain, Septima Tharn brashly springs her unsubtle trap into which I have walked, eyes wide open. 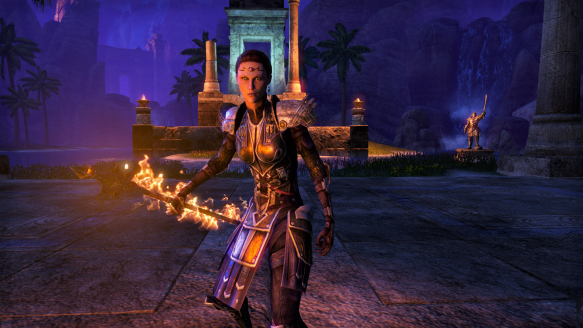 The abduction of the High King was but a gambit to get me here, but for all her tactical brilliance and necromantic talents that force the spirits of the Hel Shira to fight for her, she is to me but a stepping-stone. For my prey is that accursed elf Mannimarco, and to reach him in Coldharbour I will need Emeric back on Nirn, alive again.