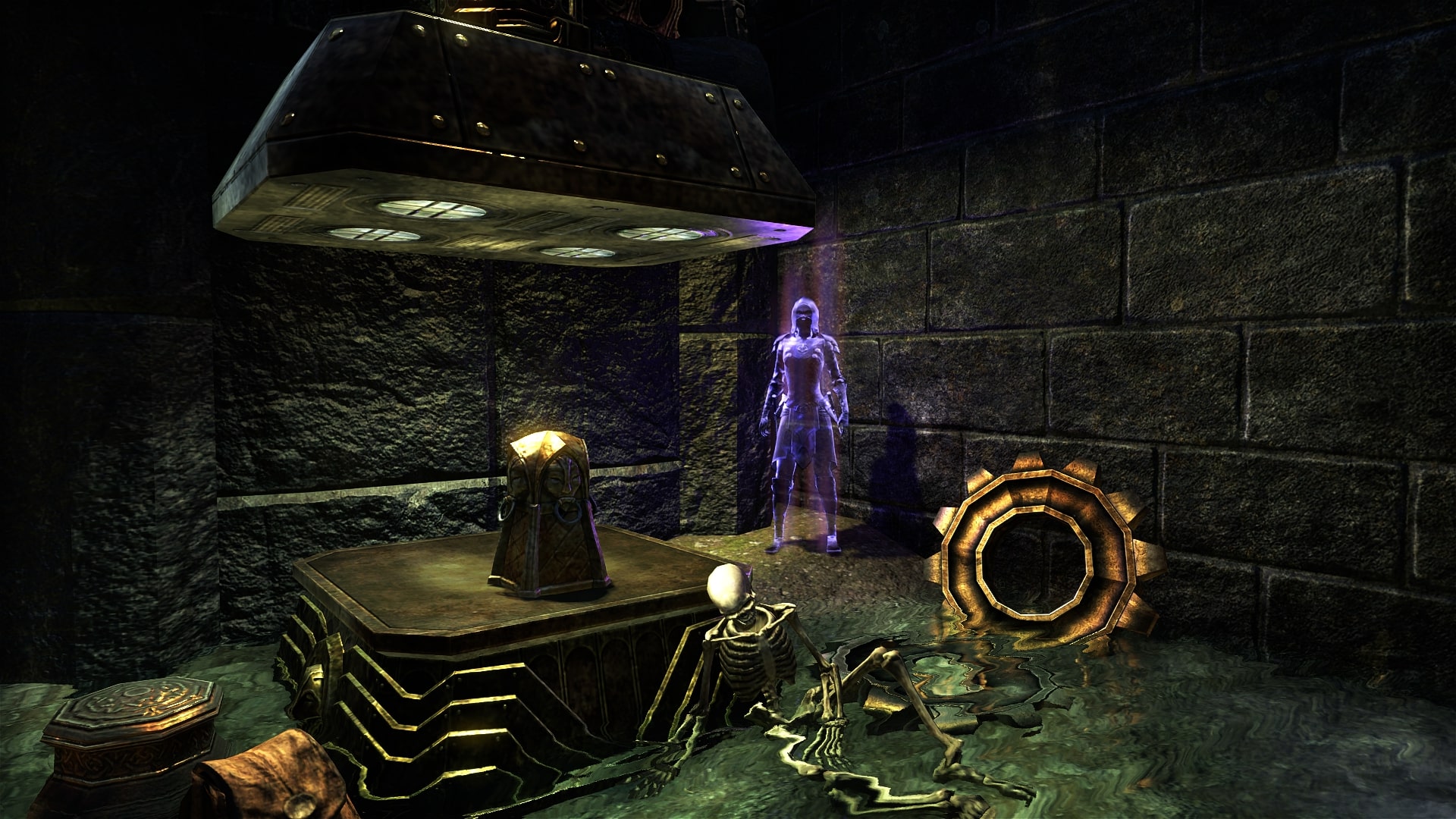 In the deepest chambers of the Dwemer ruins of Mtharnaz I find the Skystone Amulet which the Star-Gazers believe can help us gain access to the Warrior’s Apex Stone in Kardala. The Scaled Court, as the followers of the insidious Serpent are known, have weakened the Warrior’s Stone with their magics. The Celestial Thief hopes that the aetherial energy from the Mundus stones of the Warrior’s celestial charges, the Lord, the Lady, and the Steed, will allow us to loosen the Serpent’s grip on the Warrior, in much the same way as we did for the Celestial Mage beneath Elinhir.

It is rather strange when we are told that the Dwarves had a far deeper appreciation of astronomy then the scholars of today, that they chose to build so many of their settlements deep underground. Did the Dwarves fear the gaze of Aetherius that much? Or to take this tavern theory a few mugs deeper, could it be that the Dwemer astronomers foresaw the corruption of the Celestials centuries before? Or could they have perceived a far worse threat from the skies above that has yet to come to pass?

Wild hokum and conjecture of course, but all arrows with which to pique and rile the pompous saloon scholars of the Crossroads Tavern the next time I have an evening to sate.