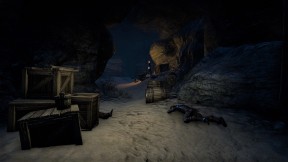 The origins and history of the Divad’s Chagrin Mine in the Alik’r Desert is as uncertain as a First Seed morning.  Who owned it, why was it named after an epic Redguard poem, and just how did the goblins of the Sandgrubber tribe come to gain free reign over the mine may never fully be explained.

From the notes I have found and the Dark Elf corpses that litter the mine’s tunnels, it appears that the Goblins were being used to work the mine as slaves, but recently rose up to overthrow their overseers. 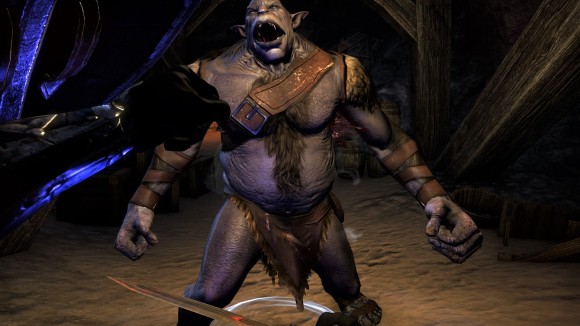 It is a temptation to leave the former slaves to their mine as some form of recompense, but history suggests that it would not be long before the tribe began to strike out from their sanctuary to raid and plunder the key South Alik’r road trade route. Perhaps eventually even the nearby city of Bergama could come under threat.  Goblins are bellicose by their very nature, and the more their numbers grow, the more pugnacious they are libel to become.