Most of the watch towers that once wreathed High Rock’s volatile borders with the Reach and Skyrim have long ago fallen into ruin, but as is common in Tamriel, it is not the crumbling monuments themselves that are of interest, but what lies beneath. 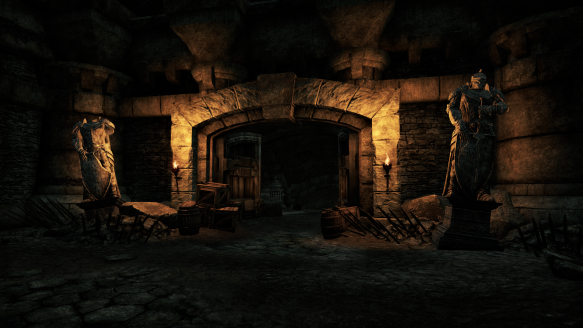 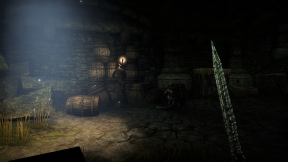 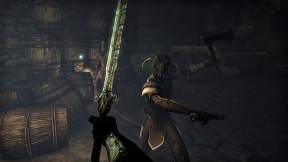 Beneath the Viridian Watch lies a subterranean fort, a complex of corridors and chambers once abandoned and forgotten but now the hidden home to a bandit gang who call themselves the Bjoulsae Boys. Despite sounding like a Summerset dance troupe, this eclectic gang of Bretons, Nords, Redguard and Argonians, have garnered quite the notoriety in the local area, perhaps necessitating them to hide from the nearby Bangkorai Garrison like rats and skeevers in these dank, unpleasant ruins.

Their leader however, a Redguard named Curnard, seems to have originally formed his gang with good intentions, to steal only from the rich and share their loot with those less fortunate. However, nothing corrupts morals quicker than greed, and now they are but just another bandit gang preying upon those unable to defend themselves for want rather then need. 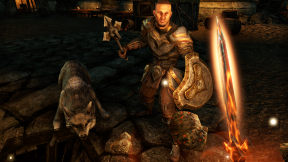 Wealth is much like seawater, the more you drink of it, the thirstier you become.

There is an old Baandari parable on greed that tells the story of how a poor and humble Khajiit whilst scavenging the ruins of an old temple in Elsweyr for pottery to sell to feed his family, came across a beautiful bejewelled bowl. Upon his discovery the Khajiit began to weep for he knew that by selling this valuable antique he could feed his whole family for months.

The bowl however was more then it first seemed as the Khajiit was soon to discover, for as his tears fell into the bowel they turned into small gems. The bowl quickly started to fill with tiny sapphires, rubys, diamonds and emeralds.

The Khajiit rushed home to share the wonder with his loved ones, but try as he might to make himself cry he found he could not replicate the miracle and so began to despair. It was only now he discovered that only sincere tears would work, not only that, the more sincere the tears the larger the jewels became. He soon realized he had to find new ways to make himself sad so that his tears could make him rich.

The story comes to a sad, if not predictable end, with the Khajiit weeping helplessly sitting beside a mountain of giant gems… Bejewelled bowl in one hand, dagger in the other, and his beloved family dead at his feet.