Upon entering the unexpected city I am greeted by a women who introduces herself as the ‘Groundskeeper’, and claims to be one of the few survivors in what she calls, The Hollow City.

There something more to this woman then meets the eye. She is rather plain in appearance, yet perfectly so, and I find her captivating, yet cannot recall why. She knows all about our invasion, and even offers her city as an ‘Armour against the hazards of Coldharbour’. And though she seems sincere, I sense she isn’t being wholly honest. 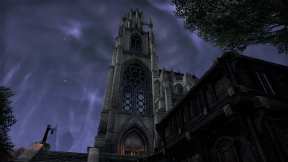 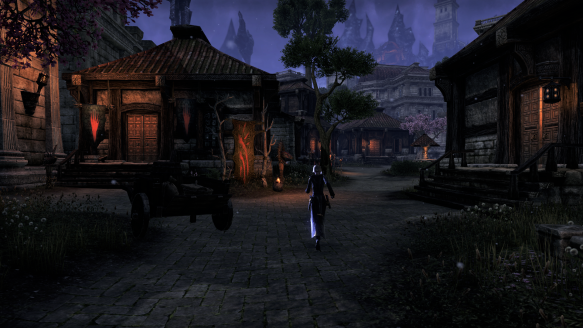 As she leads me on a tour of her Hollow City, she tells the story of how back on Nirn the city, whose citizens were devoted to the daedric prince Meridia, came under attack by the minions of the Lord of Brutality. Seemingly on the verge of defeat, Meridia warded the entire city, and then used Molag Bal’s own portals to push it into Coldharbour.

I recall whilst working with the Fighter’s Guild to discover the fate of the dread weapon Mortuum Vivicus, the then guildmaster Sees-All-Colors opened a portal for us into the ruins of Abargarlas, an ancient Ayleid city whose citizens worshipped Molag Bal. She then cast another spell so we could experience the events prior to the city’s destruction through the eyes of a servant of Meridia. The priest was tasked with destroying the Mortuum Vivicus before it destroyed his home city of Delodiil. At the same time the King of Abagarlas was marching his own army upon Delodiil. However, when he crossed the valley he found that the city was gone. Could this Hollow City be vanished Delodiil? 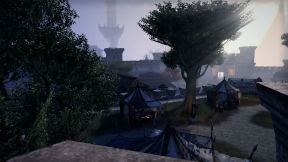 Whilst the city itself arrived in Coldharbour intact, many of its citizens were scattered across the realm, much the same as has happened to the guilds invasion. The Groundskeeper claims that the remaining survivors lost their faith in Meridia ,and left the safety of her warded city in an attempt to return to Nirn. ‘They were foolish’, she says, ‘and they paid the price for rejecting Meridia’s edicts.’ How little these daedric princes understand us mortals, who think our own bodies but a prison.

As soon as I step through the portal, I am almost overwhelmed by the bitter cold and the oppressive stench of decay that seems to clutch at the very breath in my lungs. Welcome back to Coldharbour. 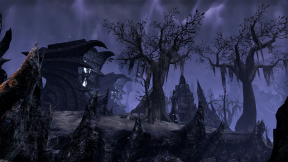 It takes a moment for my eyes to attune to the murky light, and only then do I become aware that I am all alone; well not quite alone… is that Sir Cadwell charging towards me?

Portals to Oblivion it turns out are about as unpredictable as Nord’s arrows during the New Life Festival, and Cadwell believes our invasion force has been spread far and wide across these cheerless lands. With the many daedric Clannfear I see roaming near I decide to search for cover, and soon espy a bridge leading to a rather unexpected city. 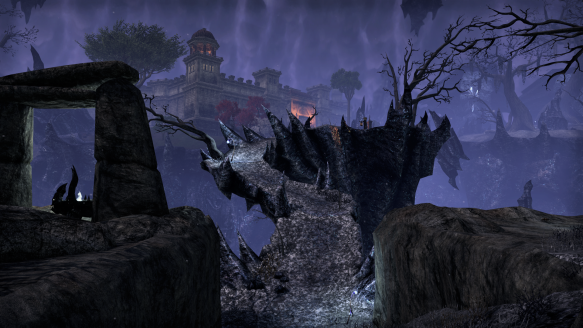 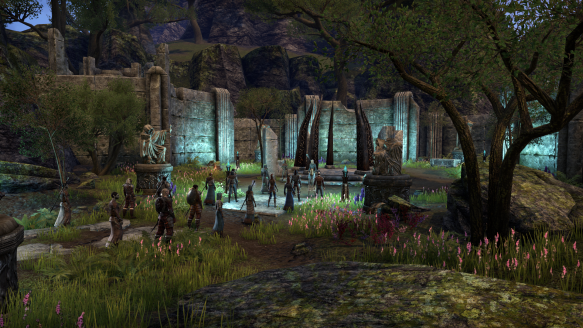 Although the leaders of the three Banners alliances refused us men or mer, we have an army of sorts, made up of individuals from the Fighters and Mages Guilds. Though we are too few to storm the ramparts of Coldharbour alone, we will take our fight for freedom into the realm of Oblivion nonetheless. For our freedom from Molag Bal’s Planemeld exists not because of the Banner alliances, but because of those who stand most alone, standing together as one. 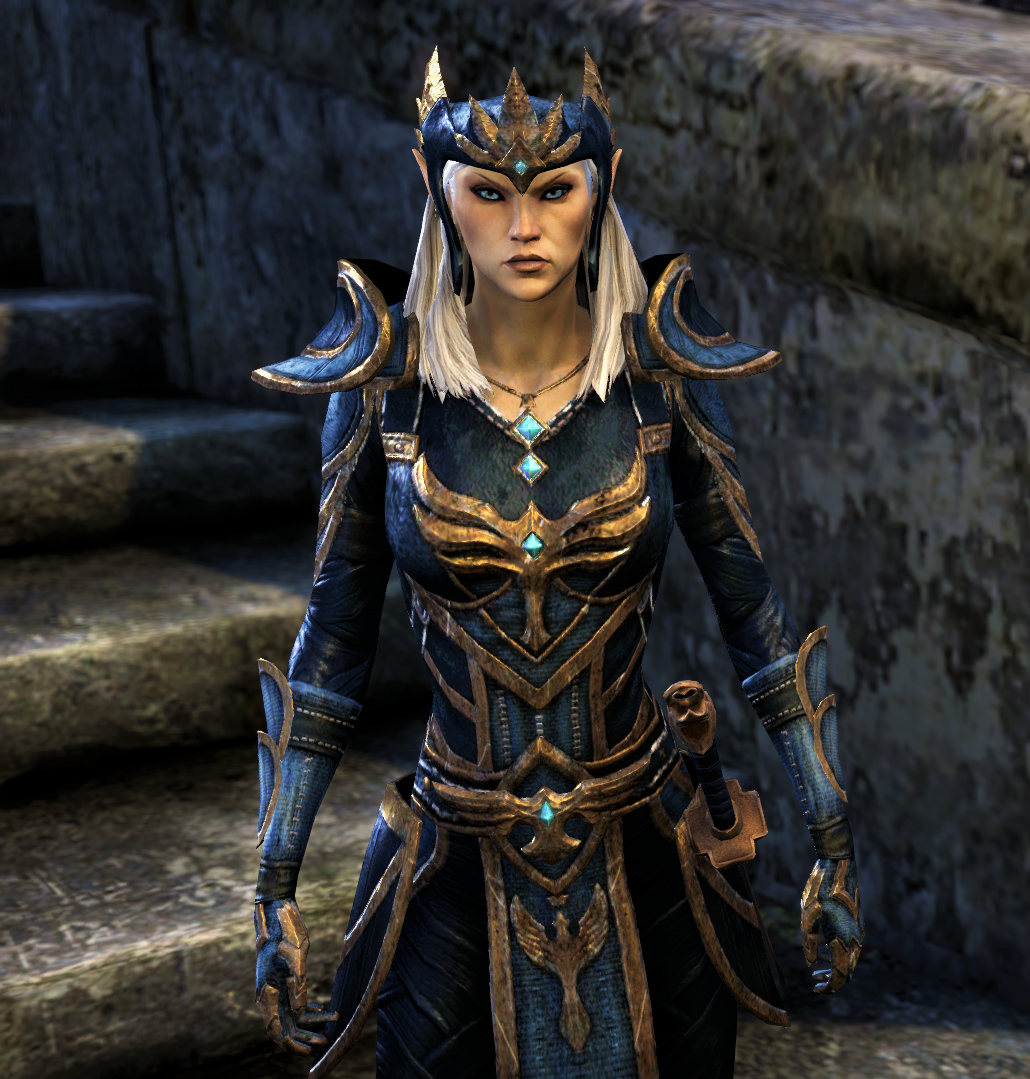 The lead up to the All Banners negotiations on the Isle of Stirk was my first opportunity to meet with all three of the Alliance leaders; if one doesn’t include the twisted play of the Mad God’s imagination. Whilst King Emeric’s political acumen is arguably unrivalled, and the uncompromising Skald-King was as imposing in personality as he is in stature, it was Queen Ayrenn of the Aldmeri Dominion who impressed me the most. Her equanimous demeanour belies her youth, whilst her voice, as warm as early spring, spoke with civility, dignity, and prudence throughout. No human would ever wish to live again under an empire run by Elves, yet I have to admit, of the three leaders I believe that perhaps Queen Ayrenn would sit most comfortably atop the Ruby Throne.

It was from the Isle of Stirk in the Abecean Sea that some twelve hundred years ago the All Flags Navy set sail to Thras to end the Sload threat to Tamriel. So what better place now for the grand leaders of Tamriel to meet and discuss a possible counter-invasion of Coldharbour. 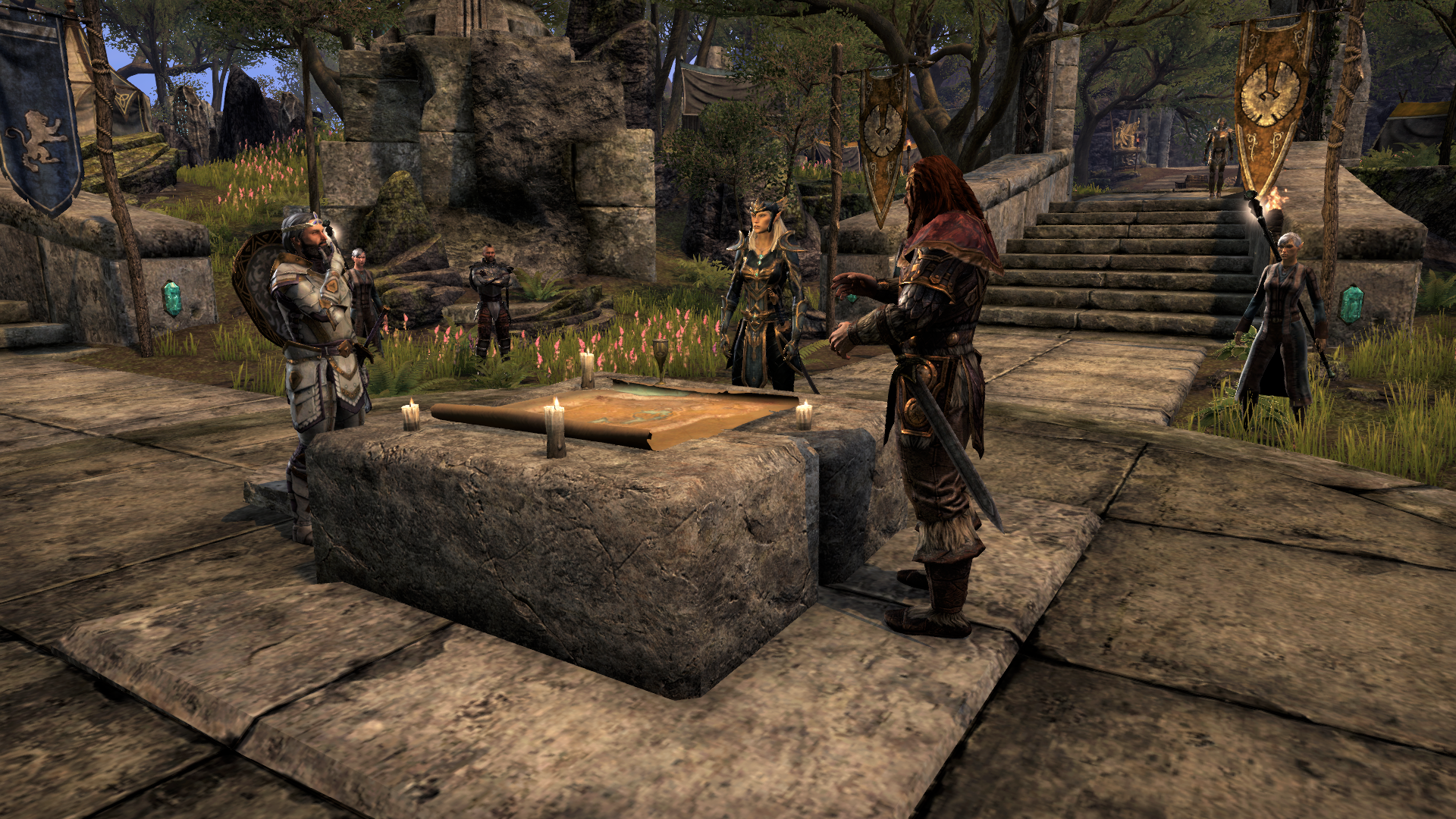 Alas however the negotiations fail, for no side is willing to commit troops to the cause thus weakening their forces in the Three Banners war. What use will be a Ruby throne when they are kneeling to Molag Bal? 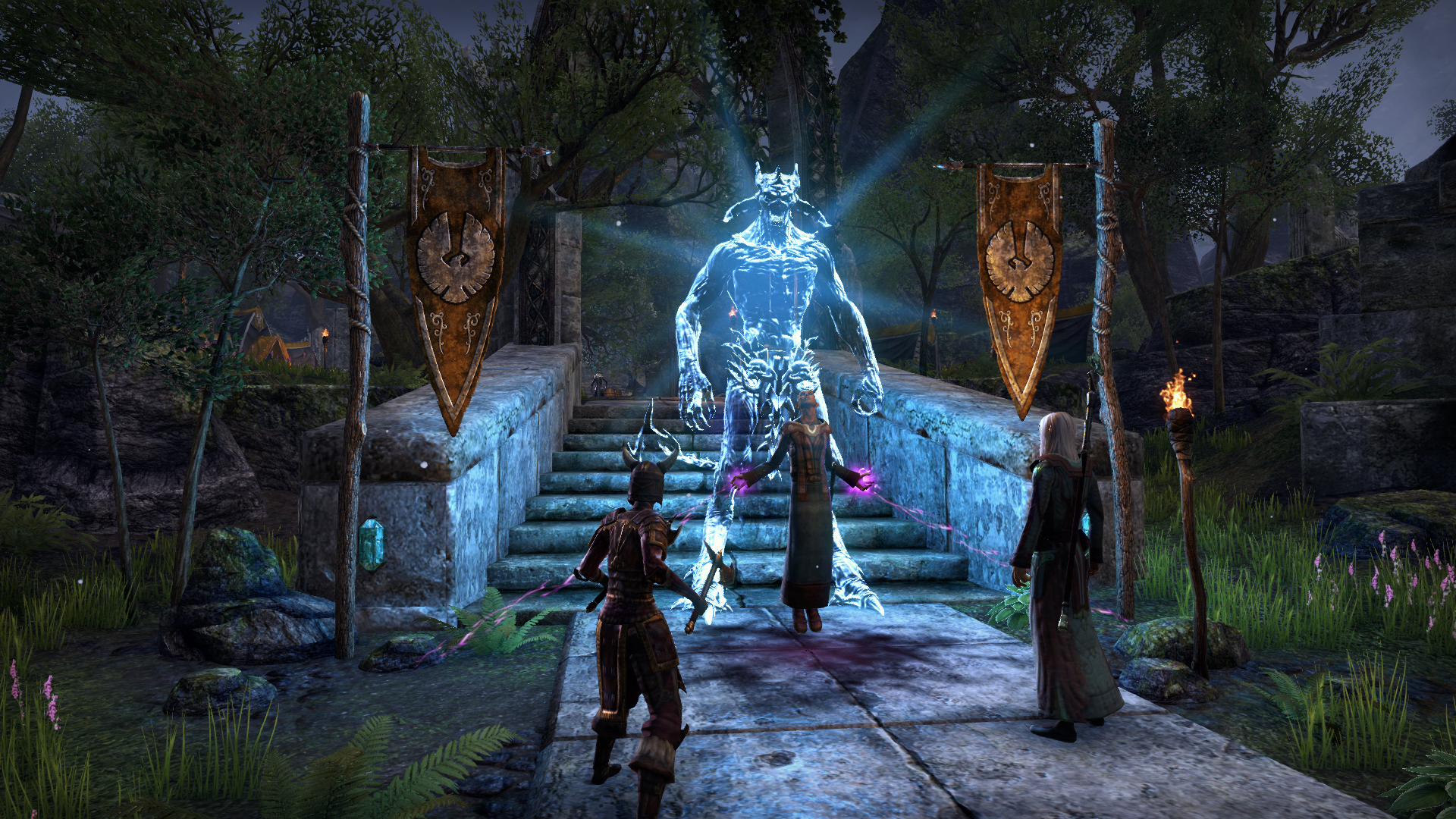 The ‘neutral’ Guild leaders offer a compromise, yet before agreements can be secured, the skies darken and amidst the taunts and threats of the Lord of Brutality, a storm of daedra breaks upon the isle, and the leaders of Tamriel find themselves fighting for their very lives. 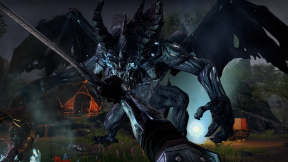 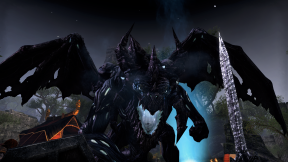 Perhaps it is that the leaders might have agreed to the guilds proposal before the daedra attack, but I’d like to think it will make for a far better bards tale if it were Molag Bal’s surprise attack that finally swayed the argument.