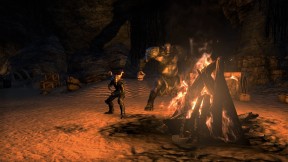 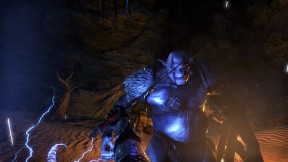 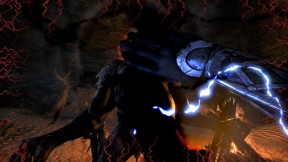 At the heart of Divad’s Chagrin Mine in the Alik’r can be found the leaders of the Sandgrubber tribe, the Goblin Shaman Nokhailaedhaz, and the unimaginatively named Ogre, Even Bigger.

Scholars believe that Goblins and Ogres share both heritage and deity, so it is no surprise to find them sheltered together in this makeshift burrow.  Indeed, it was not so long ago that giant Goblins, who it was said could rival Ogres in both strength and size, would walk these very sands; until the Ra Gada arrived in Hammerfell to drive them from their desert home.

Whilst in most primitive and barbaric Goblin societies it is often the biggest and strongest of their number who leads, in this case it is safe to surmise that the more intelligent Goblin Shaman holds the stronger influence over the Sandgrubbers.

Back in my homeland of Cyrodiil, the reclusive Ogres lived in small communities in hinterlands and remote caves, so townsfolk and settlers knew to keep a wary distance.  Goblins on the other hand were aggressive and violent neighbours and as such were actively hunted for by militia and mob, and now only survive in small nomadic packs. 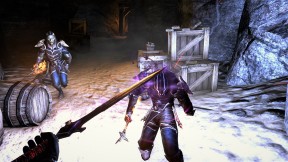 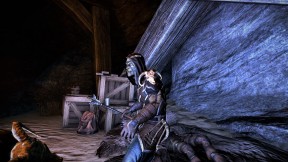 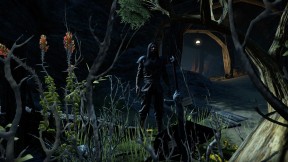 The origins and history of the Divad’s Chagrin Mine in the Alik’r Desert is as uncertain as a First Seed morning.  Who owned it, why was it named after an epic Redguard poem, and just how did the goblins of the Sandgrubber tribe come to gain free reign over the mine may never fully be explained.

From the notes I have found and the Dark Elf corpses that litter the mine’s tunnels, it appears that the Goblins were being used to work the mine as slaves, but recently rose up to overthrow their overseers.

It is a temptation to leave the former slaves to their mine as some form of recompense, but history suggests that it would not be long before the tribe began to strike out from their sanctuary to raid and plunder the key South Alik’r road trade route. Perhaps eventually even the nearby city of Bergama could come under threat.  Goblins are bellicose by their very nature, and the more their numbers grow, the more pugnacious they are libel to become. 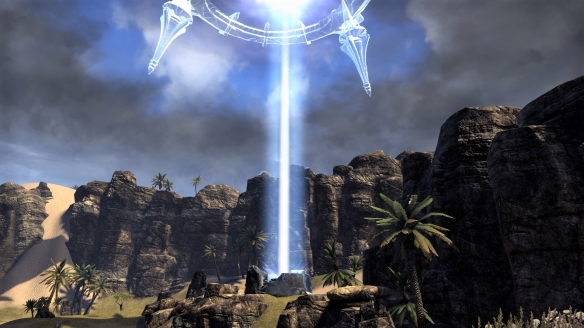 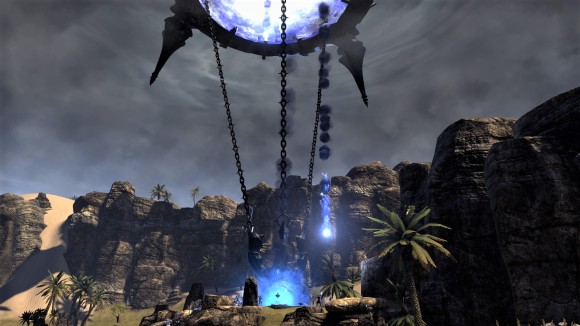 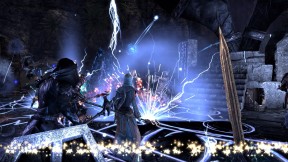 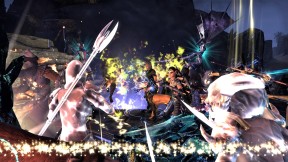 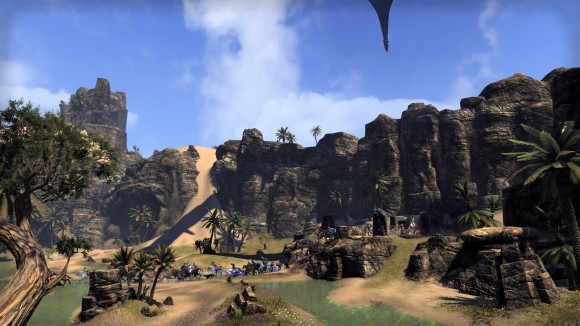 As the dark deviant clouds gather above the Alik’r Desert, the stiff, dry winds whip up a biting sandstorm all about the Myrkwasa Dolmen.  A dread horn bellows in the outer darkness and the foul grapnels of Coldharbour fall from the turmoil in the sky.  Once more unto the maelstrom.

Yet unlike so many other regions that wane under the daily daedric onslaught, this is the Alik’r, home to the  Redguard, the heirs of the indomitable Ra Gada.  No anchor that falls upon the Alik’r goes unchallenged.

To the people of the desert, the anchors are no longer considered a threat and crisis; they are almost welcomed as opportunity. An opportunity to train and sharpen skills, to earn coin and repute from the Fighter’s Guild, and to socialize.

The desert people have turned hunting Molag Bal’s anchors into a sport, and others now travel from all across Nirn just to take part. 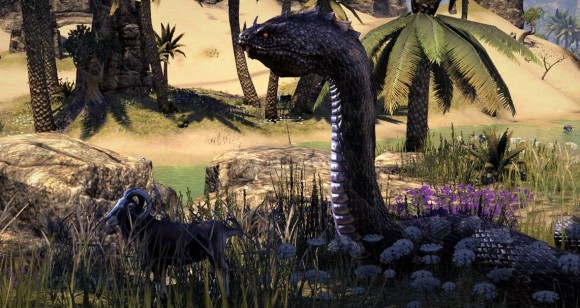 Deep in the Alik’r there can be found many a solitary old man who speaks in riddles under the desert sun. If you attempt to follow their ramblings, you may just find yourself chasing goats and running circles in the sands.

Are these wise-men or are they simply mad?   Is wisdom that far from madness anyhow?  In truth, I look about any town or city in Tamriel and I see absurdity all about me. Perhaps it is that the only wise response to circumstance is madness.